If your little girl is into everything pink and thinks Barbie is the best doll ever, she’ll really want to have a Barbie themed party for her birthday. Our Barbie themed party entertainment turns a little one’s celebration into a major special event that they’ll remember forever. Hire our Barbie entertainer and your child, along with her guests, will be completely wowed when she walks into the party like a walking, talking, living version of the doll. Take it from us, our Barbie entertainer never fails to amaze and that’s before she even starts on the Barbie themed activities.

Barbie has to be one of the most famous dolls ever produced. When she first came onto the market over sixty years ago, Barbie was a novelty toy that took the world by storm. Barbie was one of the first dolls that represented an adult rather than a baby and had a choice of fashion conscious accessories in which she could be dressed. Over the ensuing decades since her introduction into the toy market there have been a great many Barbie variations and as time progressed she was also given a boyfriend, Ken. Barbie’s popularity has never waned and doesn’t appear as if it ever will in the future either.

Our Barbie entertainer is always a vision in pink and a total compliment to any pink themed Barbie birthday party. Our Barbie entertainer not only dresses in pink but wears a pink bow in her long blonde hair and her name on a gold chain around her neck. Yes, she represents one of the classic Barbie models and is as much into fashion as her plastic counterpart is. Doll-like or not, we still do in-depth background checks on our Barbie entertainer just to make sure she’s exactly who she says she is. Believe it, there’s nothing plastic about our Barbie. She’s a great actress who loves entertaining and has up to date certification for working with kids.

Make sure your little girl’s birthday celebration makes her flush with excitement and enquire now about hiring Fly By Fun’s Barbie themed party entertainment. She’ll be totally in the pink. 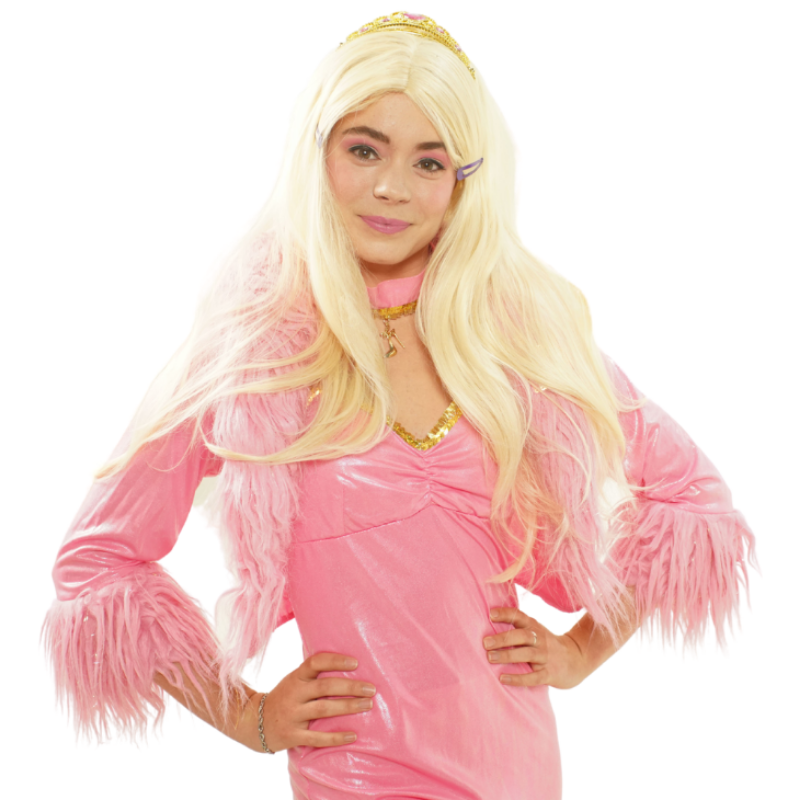