To give your child’s birthday a tropical atmosphere there’s one special princess entertainer you should hire and that’s Moana. The Polynesian princess came to life in a Disney film of the same name and wowed young audiences with her courageous spirit. Our Princess Moana Party Entertainer knows how to wow too and is all set to give the guests at your child’s princess themed party the adventure of a lifetime with wave after wave of Moana entertainment.

Princess Moana is the young daughter of a village chieftain who lives on a remote island in the Pacific Ocean. It’s a veritable paradise until one day things start to go terribly wrong with their natural environment. Moana is selected by the ocean to go on a journey to retrieve a magical talisman as an offering to an ancient god in the hope of restoring their world’s natural balance. As she sails the ocean in search of the man who has the relic, Moana has to survive storms, pirate raids and lots of other events fraught with danger before she can return home and put things to rights.

The one thing our Princess Moana entertainer doesn’t need to do is put anything right as everything will be perfect right from the start. Whether she’s showing the kids how to hula dance, decorating them with sparkling flower tattoos or getting them to join in with the Moana themed party games, it’ll be plain sailing with not a pirate in sight. Our Moana entertainer won’t disappear on the crest of a wave either, she’ll be there to see the party to its end when she’ll wave aloha to the departing guests in true Princess Moana style.

Why wait for the waves to part? Enquire now about hiring our Princess Moana entertainer to make your child’s princess themed birthday party a tropical success. 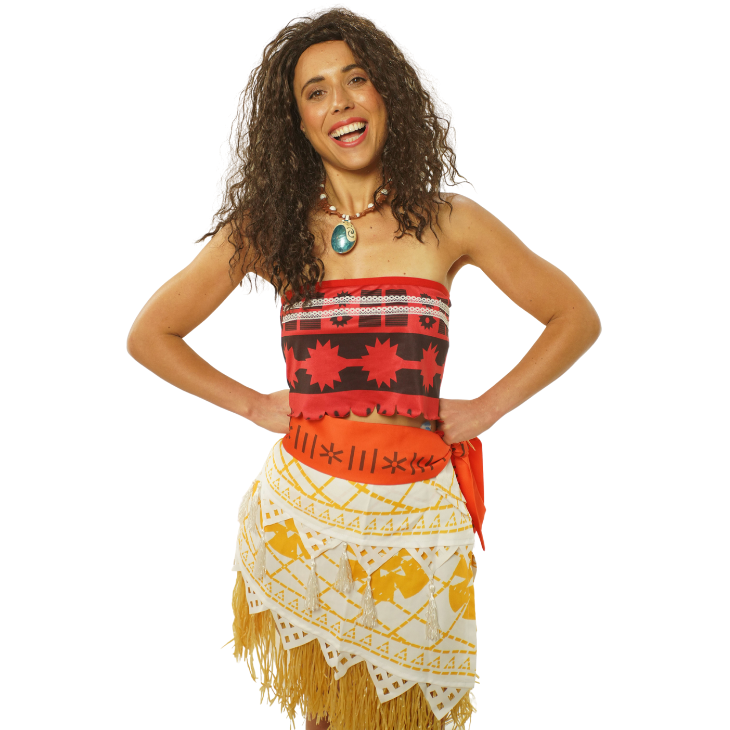