Alice In Wonderland has to be one of the strangest children’s stories ever written, but that said it’s still capturing the imaginations of youngsters over one-hundred and fifty years after Lewis Carroll first put pen to paper. Alice in Wonderland is a super theme for kids birthday party entertainment and one that never grows old. There are some great characters in Alice in Wonderland for kids themed birthday parties, but undoubtedly the most popular by far are Alice and the Mad Hatter.

Who is Alice In Wonderland?

Alice is a fictional young girl who while out walking in the countryside falls down a rabbit hole and enters into a fantasy world. As she tries to make her way home she encounters a series of strange creatures and people who are more of a hindrance than help. Everywhere she goes there’s a new challenge to contend with or a riddle to be solved before she can progress on her way. The Mad Hatter is one of the unusual figures she comes across and she joins him for a tea party. After quite a few adventures, some of which are quite scary, Alice wakes up to find it was all just a dream.

You won’t find our Alice in Wonderland entertainer lost in a dream world or our Mad Hatter entertainer either. They are both totally with it when it comes to engaging with the kids because they are trained professional actors who love role playing. Our Alice in Wonderland entertainer carries her girlish look well even though she’s all grown up and while our Mad Hatter entertainer is no Johnny Depp, he does a pretty good impression. For that, we take our hat off to him though we expect him to keep his firmly on his head until the party is over.

Our Alice in Wonderland entertainer is the ideal choice for a character themed birthday party for young girls. She’s ace at glitter tattoos, face painting, bubble storms and knows lots of party games little girls love as well. Our Mad Hatter entertainer has a few tricks up his sleeve when it comes to kids party entertainment too. So if the guests at your child’s party like magic, then he’s the kids entertainer to choose.

Enquire now about hiring our Alice in Wonderland or Mad Hatter entertainer and turn your child’s character themed birthday party into a dream come. 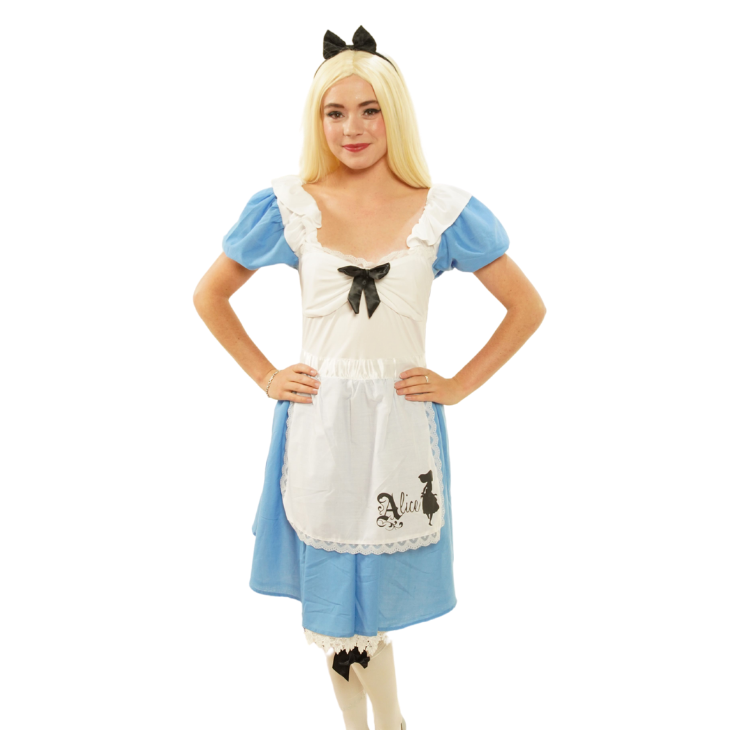