There’s no better way of ensuring your child’s princess themed birthday party goes swimmingly than hiring our Ariel the Mermaid entertainer. In the Disney film, The Little Mermaid, and in the original Hans Christian Anderson story, this rebellious, red headed princess of the underwater world made her own dreams come true and she’ll make sure your little girl’s do too. While the fictional character of  Ariel is renowned for causing chaos and mayhem, our Ariel will be at your kid’s party to create nothing more than riotous fun.

Who is Ariel The Mermaid?

Ariel is the mischievous youngest daughter of King Triton. Her natural, inquisitive curiosity about her world and the world above the water often get her into scrapes for which she is frequently castigated by her father. That doesn’t dampen Ariel’s adventurous spirit in the slightest. Adept at being in the wrong place at the wrong time, during a storm, Ariel witnesses a shipwreck and saves a sailor from drowning. Determined to see him again, she asks a witch to give her the capability to live on the surface. The wicked Ursula has more devious plans in mind, including overthrowing King Triton and taking his throne, so Ariel’s time on land is limited unless she can get a kiss from her true love.

With her flaming red locks, and glittering, sea-green fish-tail costume, our Ariel The Mermaid entertainer looks every inch the underwater princess. Her dress may have scales, but there’s nothing fishy about our Princess Ariel as Fly by Fun check all of our princess entertainers credentials as we insist they’re correctly qualified and have current certificates for working with children. They love their job too and that’s apparent at every themed party they go to.

After all the kids have had a good time singing along to Under The Sea and learning some nifty merfolk dance moves, Ariel will get them involved in an endless round of party games. When they’re exhausted from searching for hidden treasure, there’s face painting, bubble blowing, mermaid themed tattoos plus a plethora of other Ariel the Mermaid entertainment to keep them occupied until it’s time to get stuck into the party food. And believe it, the kids will have worked up a big appetite from all the exciting activities they’ve been engaged in. They’ll have so much fun that, just as it did for Ariel in the film, the hours will fly by and then it will be time to collect their Ariel themed party pack before our Ariel The Mermaid entertainer waves them goodbye.

Don’t let time slip you by. Enquire now about hiring our Ariel The Mermaid entertainer for your child’s birthday. It’ll be a riot of fun. 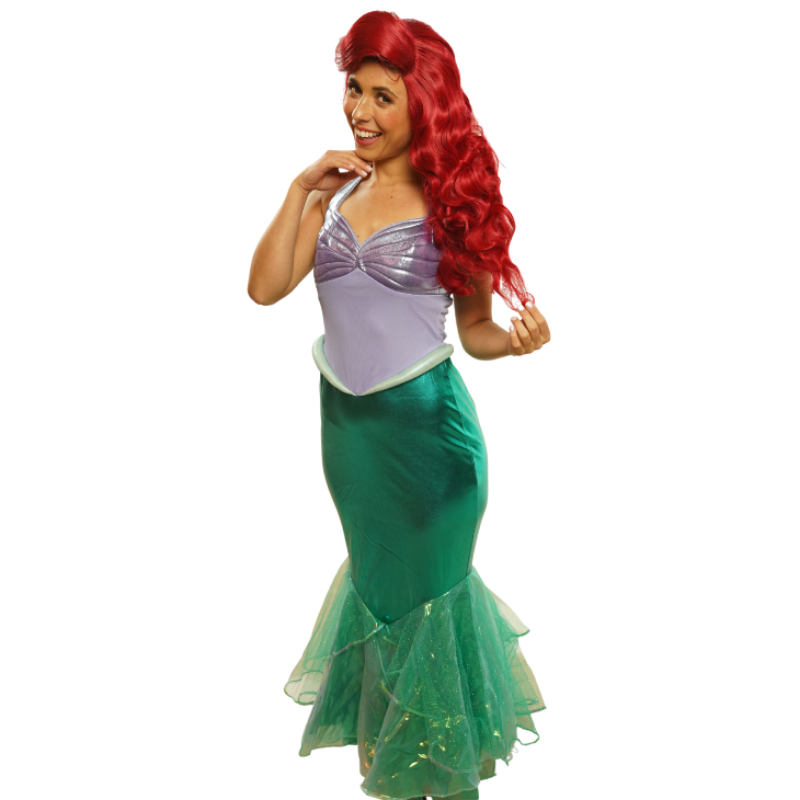