One of the most magical moments of being a parent is when you see your child wide-eyed with wonder. Yes, it’s that special moment when you know you got the choice of entertainment for their superhero birthday party spot on. There is one of our Transformer entertainers that will have your child not just overawed, but totally agog with mega wonderment and that’s Bumblebee. He is awesome, amazing, a one robot extravaganza and honestly, we’re under exaggerating here. Our Bumblebee Entertainer has to be seen to be believed.

Bumblebee is an Autobot from the planet Cybertron who was sent to earth on a reconnaissance mission by his leader, Optimus Prime. After crash landing, he needs to go into hiding as his entry into the atmosphere was recorded by alien trackers as well as the bots enemies from outer space. Bumblebee takes on the form of a Volkswagen Beetle, but he suffered extensive damage in the crash and is unable to function properly. Hiding in a scrapyard as a car, he’s discovered by a teenage girl who decides to repair the car and make it roadworthy for her 18th birthday. She gets the biggest birthday surprise when after fiddling with the car’s electronics, it turns back into its Cybertronian form. Together and with the help of friends and several other robots, they save Earth from a robotic invasion.

Our Bumblebee entertainer is, excuse the pun, the absolute bees knees and every inch a Transformer. Wearing a replica of Bumblebee’s distinctive get-up, his entrance at your kid’s superhero themed party won’t be anything less than utterly mind blowing. Over his body suit of black, he’s clad in bright yellow Transformer armour with a double set of wings on his back and a full face helmet with stunning laser-blue eyes. From the tips of his chunky robot boots to his imitation Autobot weaponry, he is Bumblebee the Transformer incarnate.

While it’s common knowledge some bumble bees can sting, we’ve made sure our Transformers Bumblebee entertainer doesn’t. He’s been trained to work with children and holds the certificates to prove it plus, rather than a computerized memory core, he’s got a heart of gold. The Bumblebee mission he’ll be on is to make sure your child’s party is as unforgettable as he possibly can and on that score, you can expect one hundred percent success. From robotic themed and traditional party games to cybertronic moves to music to wash-off Transformer tattoos, the kids will be completely bowled over by their Bumblebee entertainment. 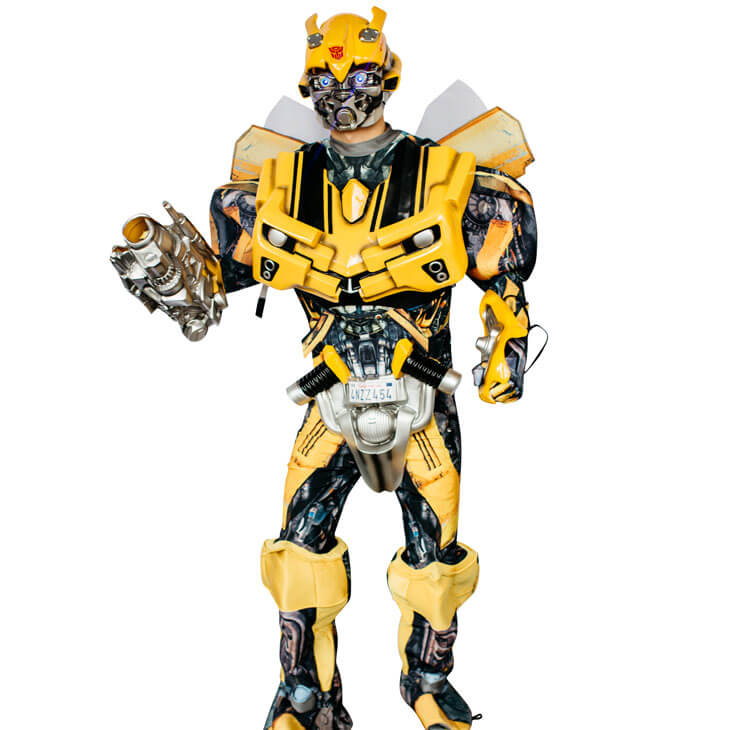 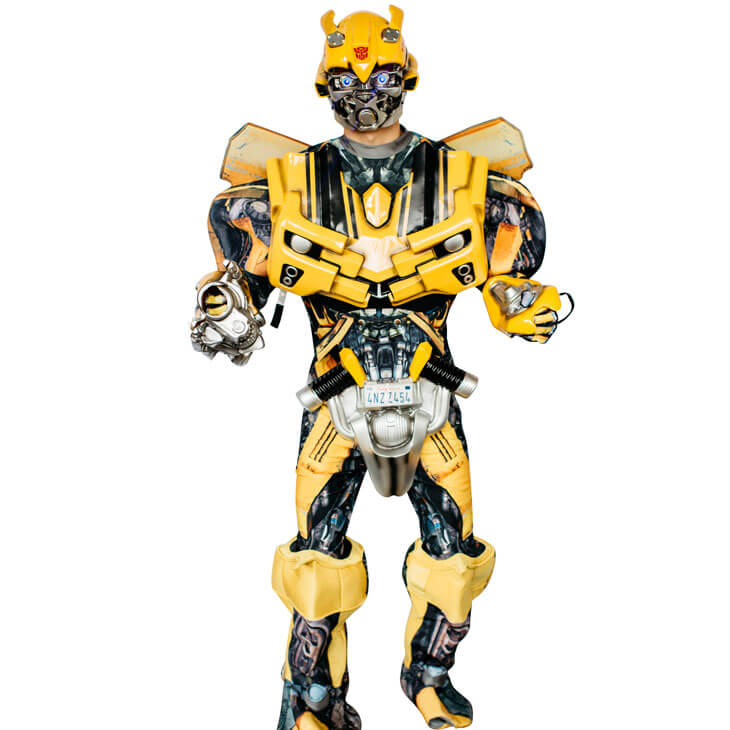