Cinderella is a fantastic storybook personality that captures the imagination of all young girls with her endearing rags to riches story. Cinderella is one of our most frequently requested entertainer characters for princess themed kids parties too. Fly by Fun’s Cinderella Party Entertainer brings a whole new dimension to the word birthday and when the event is all over, the happy celebrant won’t stop telling you it was the best party they’ve had – ever.

Dominated by a wicked stepmother and three ugly stepsisters, Cinderella lives a life of drudgery cooking, cleaning and pandering to their many demanding needs in a house that is rightfully hers. When an invitation to a royal ball arrives all chaos lets loose, but even though Cinders is invited they refuse to let her go as the three sisters are jealous of her beauty. Things only start to get better for Cinderella when, as if by magic – and what else could it possibly be – her fairy godmother appears.

With a wave of her wand, the fairy godmother turns a pumpkin into a carriage, mice into horses, an old nag into a footman and Cinders’ ragged clothing into a sumptuous ballgown. With her feet clad in a pair of glass slippers, Cinderella goes to the ball where she enchants the prince, but has to leave abruptly on the stroke of midnight before the spell expires. With nothing but a glass slipper – well, we’re sure you already know the rest of the story, so here’s some more about Fly by Fun’s Cinderella entertainment.

While Fly by Fun’s Cinderella entertainer doesn’t arrive in a crystal carriage drawn by a team of four horses, she does come to the party playing the part of a princess to perfection. She’s also just as beguiling as the Cinderella from the story and will enchant the party guest with her presence. Dressed in a spectacular shimmering silk ballgown, fur-trimmed cape and silver tiara, she could have stepped right out of a  storybook illustration.

Our Cinderella may look queenly, but she’s not averse to getting down on her hands and knees to kiddie level to make sure they all join in with the Cinderella themed party games. She will do everything within her princess powers to make sure each child has a great time whether it’s singing along with them on the karaoke, waltzing princess-style around the garden or sharing her tiara with the birthday girl. When the party is over and it’s time to say goodbye, our Cinders won’t leave behind a glass slipper but a wealth of happy memories the kids will cherish forever.

Enquire now about booking Fly by Fun’s Cinderella entertainer for your child’s next birthday celebration. 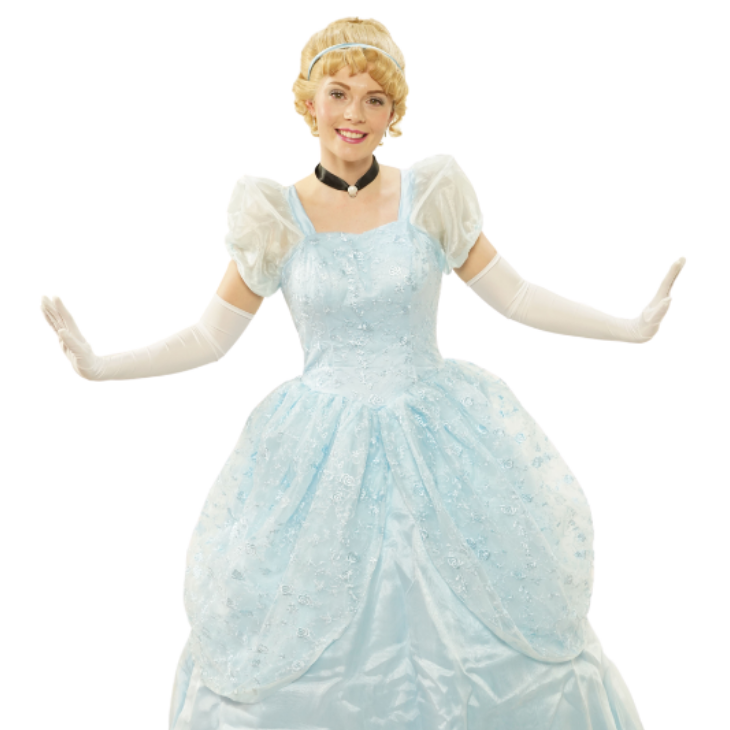 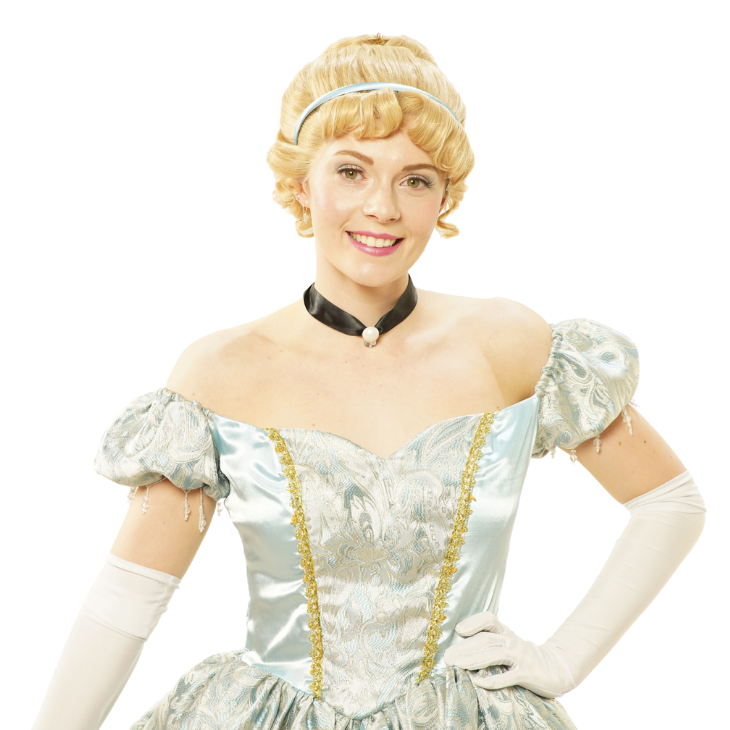