When the kids are into robotics, but they’ve already had a Transformers themed party, there’s one superhero they will love just as much and that’s Iron Man. An Iron Man entertainer brings a touch of Marvel film magic to any superhero themed kids birthday party that can easily compete with attendance from even the best of the best technological beings like Optimus Prime. Fly by Fun’s Iron Man is a superhero entertainer with a definite wow factor that can elevate a party from ordinary to extraordinary just by his incredible presence.

Who Is Iron Man?

Tony Stark, Iron Man’s alter ego, is a human who travelled the world working as a weapons engineer. After being injured and captured by a militant group during a rebellion, a doctor inserts a magnet in his chest to save his life. When he eventually escapes, he creates a mechanised suit of armour and a wealth of technology that makes anyone wearing it almost invincible. It’s a powerful piece of equipment and his rivals are constantly trying to steal it. After lots of action and adventure Iron Man becomes part of the Avengers team to continue fighting against evil with other superheroes.

Fly by Fun’s Iron Man entertainer has an authentic superhero look that’s complete with gleaming gold helmet, metallic shoulder pads and gloves that shoot beams of light. He has all those heavy-footed, stomping, armour-clad Iron Man movements down to pat too so the kids will have a hard time distinguishing our Iron Man entertainer from the real thing.

Hire Fly by Fun’s Iron Man entertainer and while he can’t jet burst into the outer hemisphere, and we don’t expect him to cling to the underside of a fighter jet to impress the party guests, our Iron Man is a true superhero when it comes to entertaining. He’ll be there to oversee the party games, get all the kids joining in, teach them some robotic dance moves and pose for superhero photos. Apart from the party host, he’ll be the last to leave as he stays to the end to make sure not one kiddie goes home without their fantastic Iron Man party pack.

For a superhero themed kids party full of robotic antics, enquire now about hiring an Iron Man entertainer from Fly by Fun and make those techno birthday dreams come true. 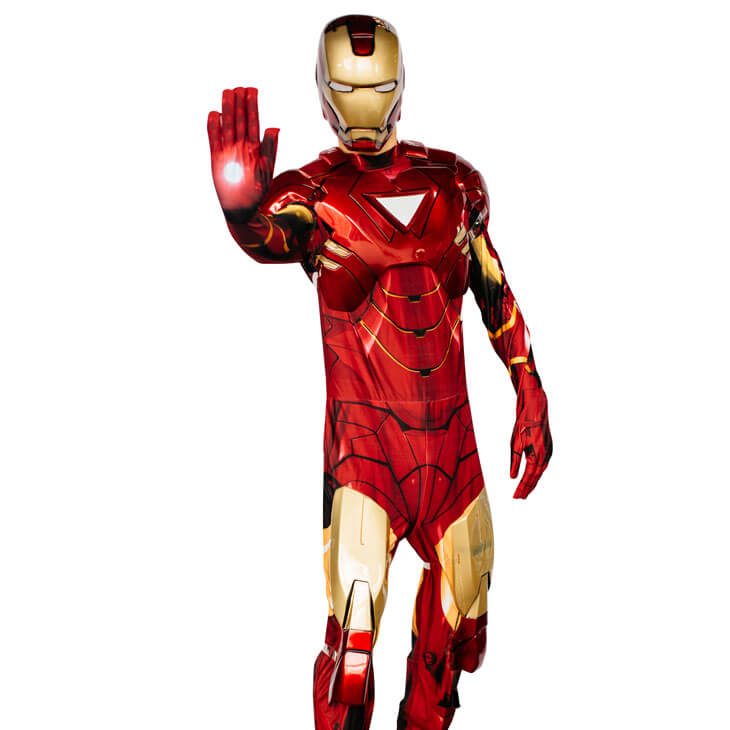 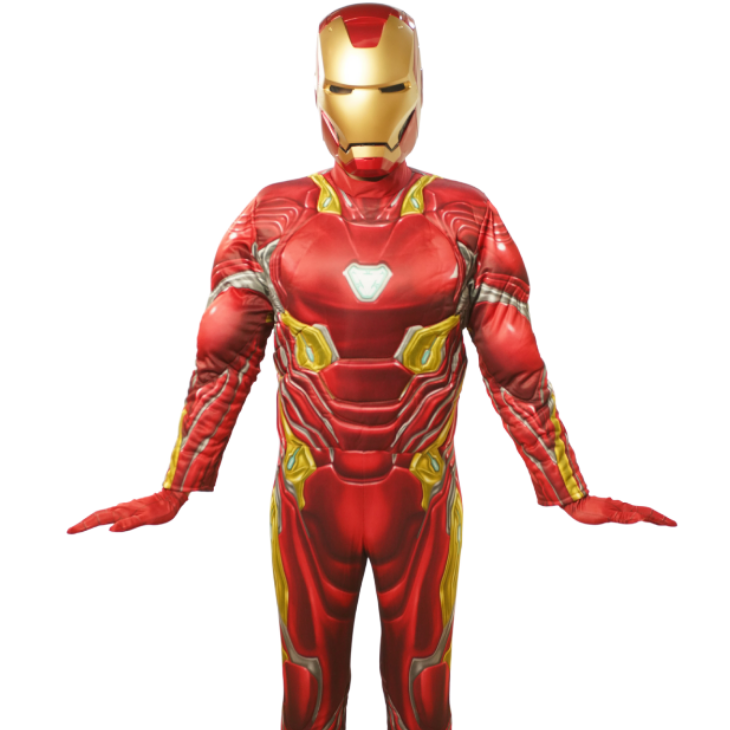