There’s one way of making a massive impression on the young guests at your child’s superhero themed birthday party and that’s by hiring our Optimus Prime entertainer. Optimus is one of Fly by Fun’s Transformer characters and along with his counterpart, Bumblebee, knows how to make an impact that will leave the kids totally mind-boggled. He’s so realistically robotic even adults have a hard time believing he’s not a Cybertronian and that there really is a human being hiding somewhere inside his costume.

Who is Optimus Prime?

If your knowledge of Transformers is lacking, don’t worry, they’re a complicated thing. In brief, Transformers are a race of robot aliens from the planet of Cybertron who are capable of changing form. They integrated into human society by transforming into various types of useful vehicle and only displayed their true form when earth was being invaded by their enemies. Optimus Prime is their leader and renowned for his intelligence, military skills and courage as well as for being able to rapidly convert from an articulated lorry back to his amazing Autobot form.

Our Optimus Prime entertainer is a true spectacular that will leave the guests at your child’s superhero themed party totally speechless when they first see him. While he won’t arrive as a lorry and then transform, he will come to the party in all his robotic glory. His authentic looking costume is a marvel so be prepared to be amazed along with the kids. Over his body suit of blue, he wears enough technological gadgetry to save three worlds from a Megatron invasion let alone one and so long as you don’t let onto the kids, they’ll never imagine it’s not for real.

When you hire our Optimus Prime entertainer for your child’s superhero themed birthday party, there’s one thing you can be certain of – the Transformer entertainment will be out of this world. Apart from transforming into something that, we’re sad to say, is physically impossible for him, he is human and not alien after all, he’ll go to any lengths to ensure the kids at the party believe he’s Optimus Prime. He’ll demonstrate his Optimus military moves and get the kids joining in, show them some robotic dance moves they’ll totally love imitating and be there throughout the party to make sure all the young ones are having an optimum time.

To transform your kids superhero themed party to something out of this world – enquire now about hiring our Optimus Prime entertainer. 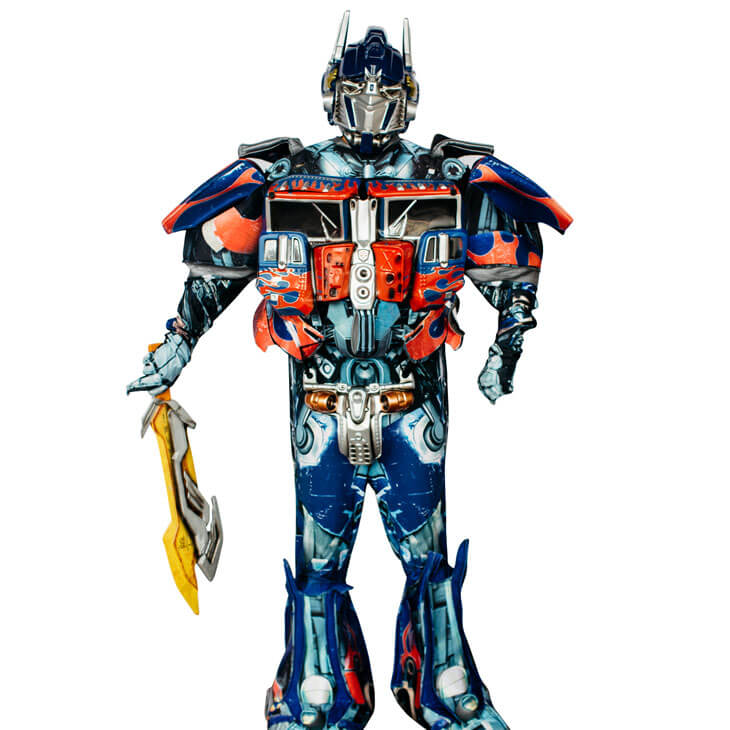 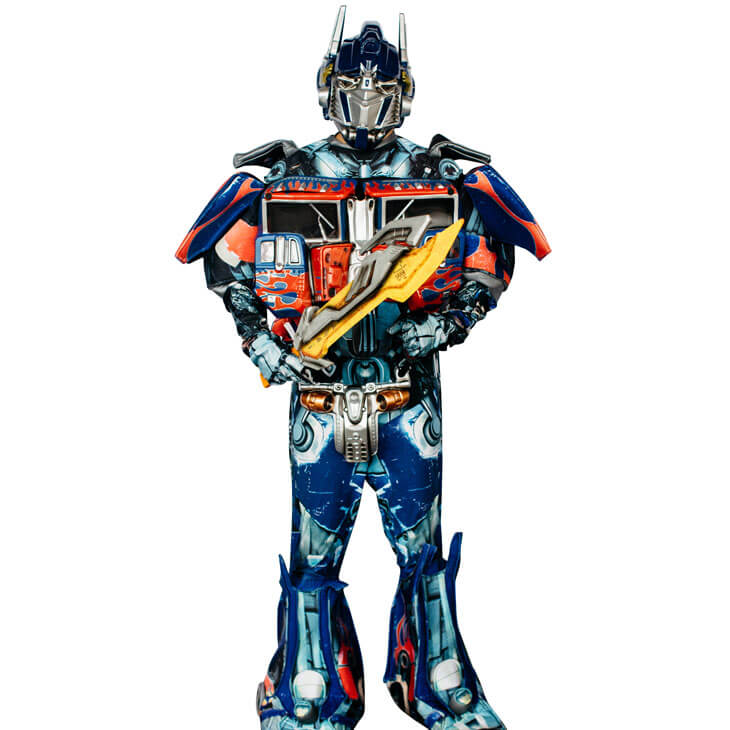