When you’re planning a Trolls themed kids birthday party who better to put in an appearance than the queen of the Trolls herself, Poppy Troll. Our Poppy Troll Party entertainment is perfect for preschoolers and young children or you can hire her for a mascot visit only. She’s a real wow whichever you decide is best for your kid’s Trolls themed party. Our Poppy Troll entertainer is a super cute, but larger than life, version of the film character and will add a definite splash of colour to any kid’s birthday celebration.

Poppy Troll is the queen of the Trolls and the star of a Dreamworks produced film called Trolls. Trolls  were originally gruesome creatures of Nordic myths that were reputed to hide under bridges or in dark caves. They were also not overly human friendly, but that all changed in the Trolls movie. In the three dimensional animated film, the Trolls are colourful beings with outgoing personalities who are permanently happy and love to sing and dance. It’s not all constant bliss in the Trolls world though and Poppy plus several others have to go on an adventure to save their village from the Bergens who want to steal the happiness for themselves.

The Trolls favourite things to do are singing and dancing and that’s what our Poppy Trolls entertainer loves to do too. Our Poppy Trolls entertainer knows her moves and will soon have the kids joining in. They’ll have so much fun, the party could end up turning into a mob flash dance event. There’ll be lots of traditional games too including a treasure hunt for a flower from Poppy Troll’s hair followed by pin the flower on her hairband and much, much more.

So stop lolling around and enquire today about hiring Fly by Fun’s Poppy Trolls themed party entertainment for your kid’s birthday. Our Poppy Trolls entertainer is a real wow. 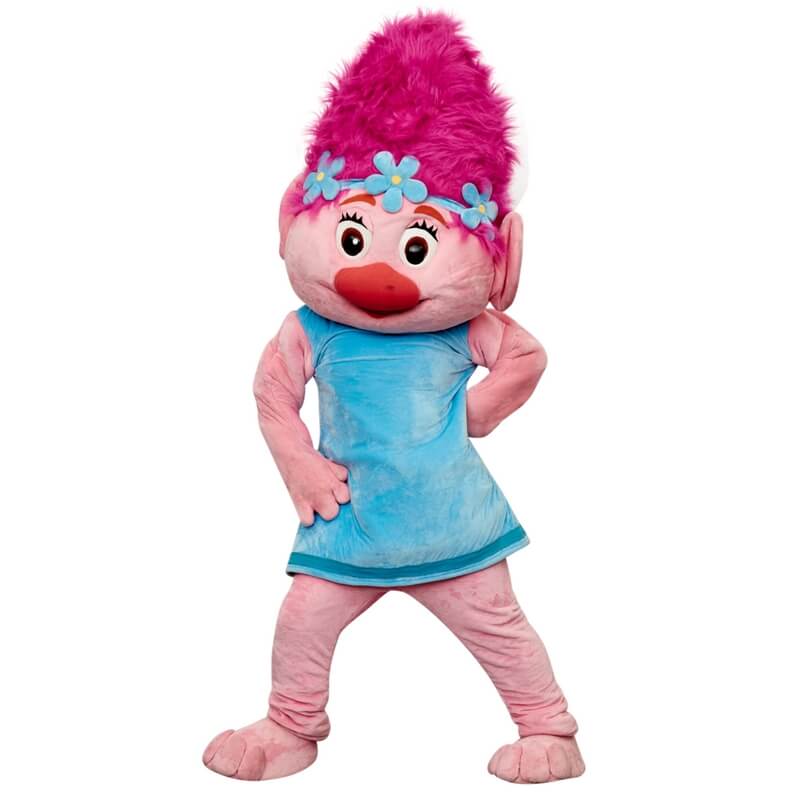