There’s no little girl that hasn’t at some time in her life dreamt of being a princess. For the majority of us, that is something that will always remain a dream. There is one way though to make a child’s princess wishes come true and that’s by holding a Fly by Fun princess themed party for their birthday. Our Princess Jasmine Party is one of Disney’s most memorable characters and along with her romantic sidekick, Aladdin, are two well-loved personages that can turn any once a year celebration into a super special event.

Princess Jasmine and Aladdin are the protagonists of the Disney film Aladdin which is set in the fantasy kingdom of Agrabah. Jasmine’s father is a strict ruler and wants to keep his daughter under lock and key until he can find a prince of royal blood to marry her. Jasmine has a rebellious nature and only wants to marry for true love so she escapes from her incarceration and flees to the city where she meets Aladdin. She is kidnapped by a wicked wizard and held hostage in ransom for an enchanted lamp containing a genie. Aladdin is the only one who can retrieve the lamp from its hiding place and so he sets off to find it in the hope of setting Jasmine free. With cunning he learnt on the streets, Aladdin finds the lamp, is able to out wit both the genie and the wizard, turn himself into a prince and marry his princess.

Fly by Fun’s Princess Jasmine and Aladdin entertainers will bring the magic of the Arabian Nights to a child’s princess themed birthday party. Costumed exactly the same as the characters from the film, they are truly Disney come to life. Jasmine with her bright blue, silk harem outfit complete with jewel encrusted crown and Aladdin with his baggy pantaloons and pointed shoes are a delight to see. Aladdin carries a lamp too, though shame on us, because no matter how hard we rub it, Will Smith or any other genie come to that have so far failed to appear. Believe us, we’ve tried.

What to expect at our Aladdin Themed Party

Hire our Princess Jasmine and Aladdin entertainers and the guests at the princess themed party will be spell-bound from the outset. There’ll be classic songs from the film sung by both entertainers, and lots of fun party games including a treasure hunt for the lamp. The young ones will also have the chance to see if they’re the one with that special, magic touch that will set the genie free. 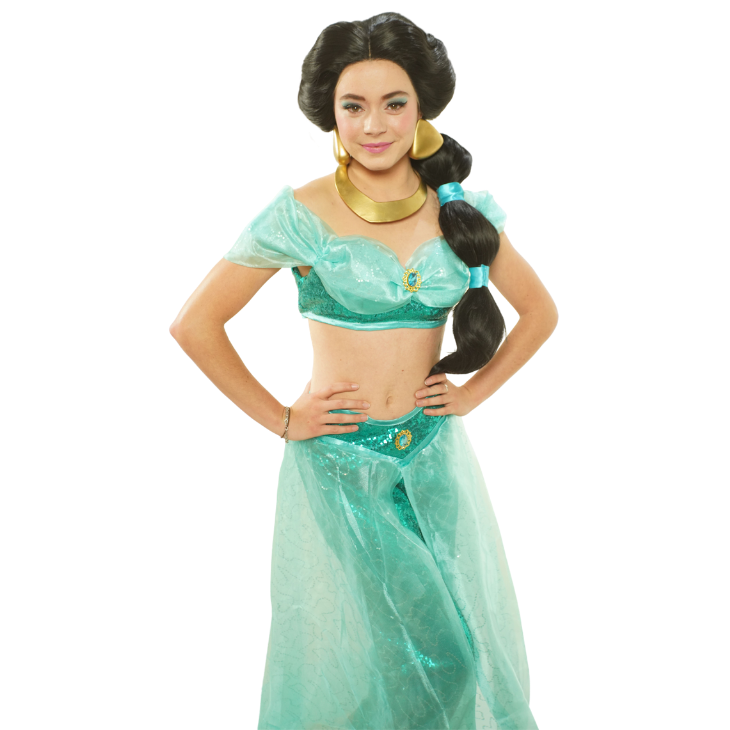