Not all kids are into superheroes, ponies, characters from animated films or fairies or even want to play traditional party games when it’s their birthday. If your child has a curious and inquisitive nature, they’ll totally love our science themed kids party entertainment. It’s definitely different and our science entertainer knows just how to reproduce the perfect experiments to keep the kids interested. They’ll be fascinated as they watch our science entertainer mix ingredients and then be totally enthralled when they get to make their own incredible chemical concoctions.

While science has many different branches and uses, the one word which probably sums up science best is information. Human beings thrive on discovering something, revealing the previously unknown and having the analytics to back up their new found revelation. Knowledge is a powerful tool and human scientific curiosity has made leaps and bounds in everything from disease control to space travel and even in understanding how our own bodies work. Science is a great thing to inspire your kids to be interested in as you never know where or when the next Isobel Benn or Howard Florey are going to make an appearance.

Our wacky science entertainer may look like he belongs in a science-based horror movie like the Bride of Frankenstein, but we know under his Albert Einstien-style wig, he’s really a good guy. We know that’s a fact because we checked all his credentials before employing him and he’s good to go. We really wouldn’t expect anything else or employ someone who wasn’t. Our science entertainer has all the correct certification required for working with children and not surprisingly, has great chemistry with kids too!

Our science themed party entertainment is based around a series of experiments with non-harmful, ordinary household ingredients. You’ll be surprised yourself to see what our science entertainer can create from stuff you have in your kitchen cupboards. Don’t worry though, he won’t be rummaging through your reserve supplies as he’ll bring everything he needs to keep the kids occupied with him. We will do a range of experiments such as Lava Lamps, Volcano Eruptions, Magic Milk, Diet Coke & Mentos Explosion, Magic Bubbles, Instant Snow, Crazy Ooze, Giant Bubbles, Rainbow Skittle Madness and Touchable Bubbles! 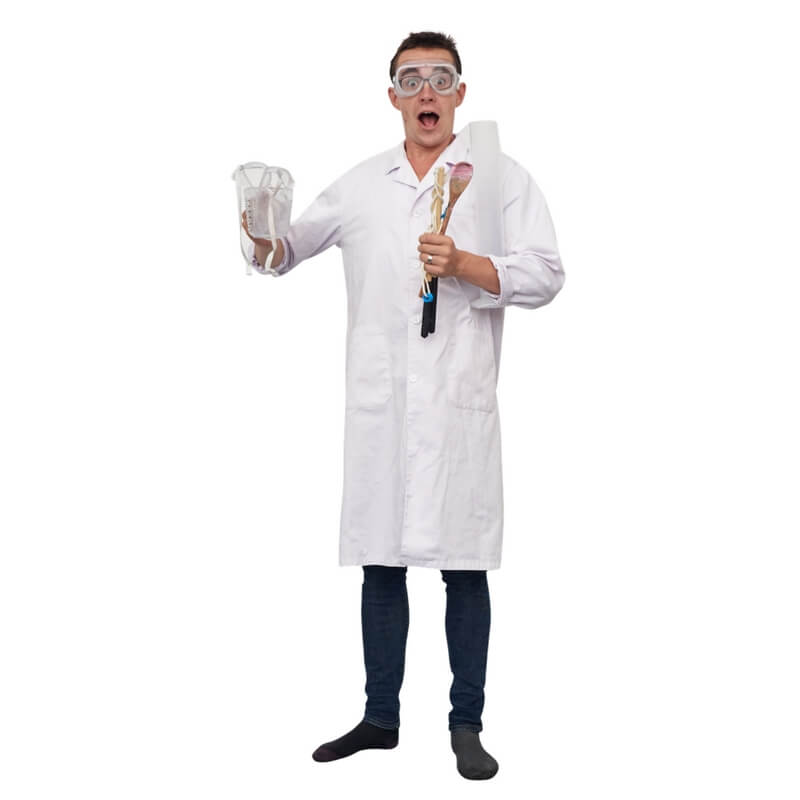