Snow White princess themed kids parties rank at the very top of Fly by Fun’s most wanted list and not without reason. The innocence and humbleness of Snow White has enthralled film audiences and listeners of bedtime stories for what seems like forever. Our super sweet Snow White entertainer really knows how to turn on that iconic appeal too and can make any child’s birthday party as memorable as that timeless fairy tale.

Who is Snow White?

Orphaned at birth, Snow White is raised by an evil stepmother who despises her gentleness and beauty. Cast out of the castle to die in the forest after the stepmother’s enchanted mirror deems Snow White more beautiful than she, Snow White finds the house of the seven dwarfs. When the wicked stepmother discovers Snow White is still alive she sets of in disguise to find her. After several failed attempts, the jealous stepmother finally manages to poison Snow White and she falls into a deep, death-like sleep. No fairy tale princess is ever allowed to come to permanent harm though and Snow White eventually revives to marry her prince.

We can guarantee that there is one thing a Fly by Fun Snow White entertainer won’t be doing at any of the kids princess themed parties she attends and that’s sleeping. The seven dwarfs won’t be with her either, but she doesn’t need them as she’s perfect Snow White entertainment all on her own. Her outstanding costume is as timeless as the story and she’ll be there wearing Snow White’s signature dress with its long, flowing cream skirt, and blue satin bodice.

While our beguiling Snow White entertainer could easily charm the birds from the trees, she won’t because she’ll be too busy making sure the kids are enjoying themselves. She’ll participate in all of those favourite party activities with them and keep the party mood going as they play pass the parcel, have their faces painted, and chase bubbles before they dance and sing along to well-known songs from the film. Even though the dwarfs won’t be in attendance, what Snow White themed kids party would be complete without a version of the ever popular Heigh Ho, Heigh Ho? But while the party guests won’t be going off to work, they will be leaving with a fantastic Snow White themed party pack to remind them of the amazing time they had. 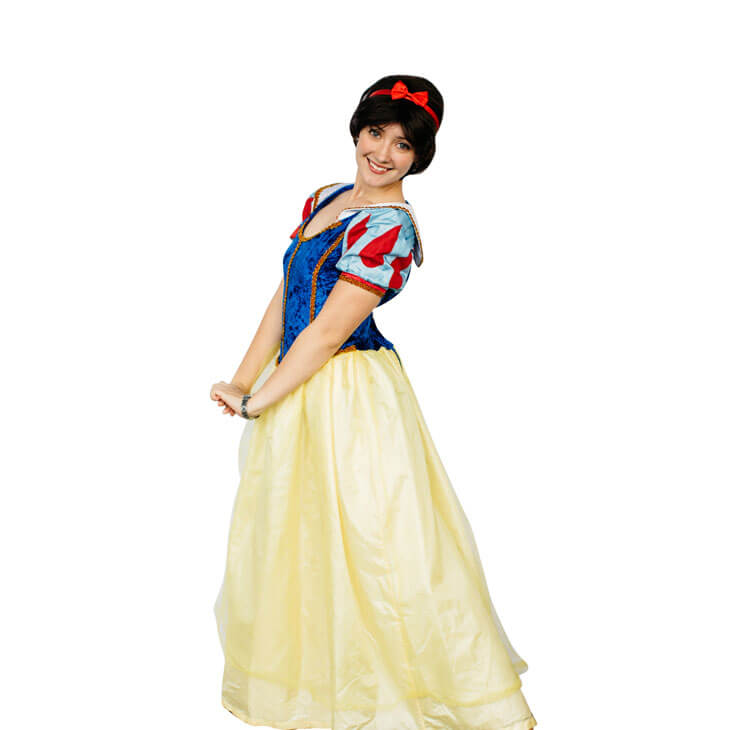 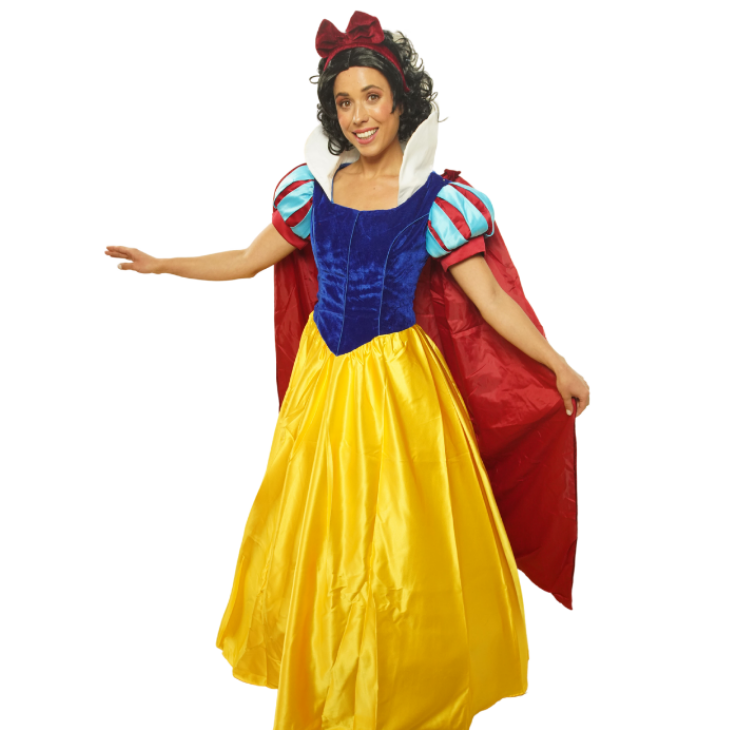